Back case screw arrangement (the three in the middle do not need to be removed, they just hold on the metal mounting plate)

Splanger/splunger tool or an old hotel key, gently Bentley bear, around the edges 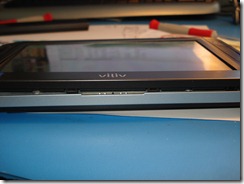 All around, tabs on each side 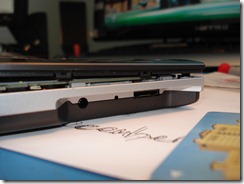 Gently pry the plastic loop from the headphone connector and it’ll free the case, take your time. 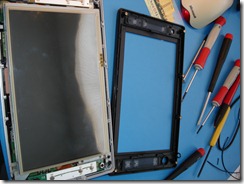 There are three of these, one falls out, so watch out 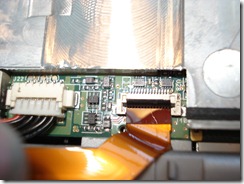 Hotel key under the screen, slice it back and forth under the two bits of clear plastic and the black plastic. the glue separates, careful not to bend the display 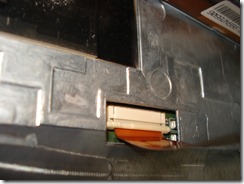 Lift up the lock and remove

same as before, thin plastic underneath and remove glue

these things are annoyingly cheap, remove the mic one first, leave the two speakers for now 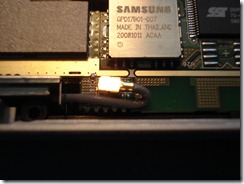 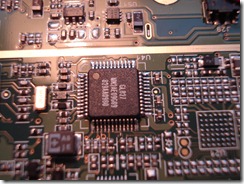 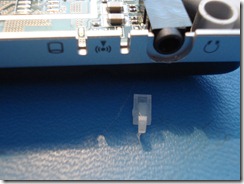 two more of these ( 3 altogether) 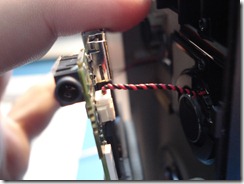 akward, do the next one first 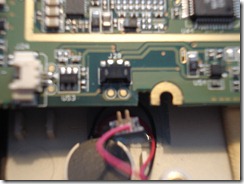 remove this guy, flip the pcb over and then you can remove the two speakers with a lot less hassle.

Finally get to see what I’m after, replacing(Adding) wireless with a 4965.

duh ordered the 16G SSD by not paying attention to specs. 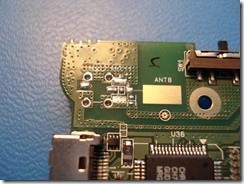 Rats, as I feared, no connector……… What worries me though is the patch wire I saw on the other teardown with the 3G.. (and its a different rev board ) now, off to order a connector.. hmm girlfriends birthday soon, I wonder if she wants a slightly used MID, she likes those little electronic kits , I’ll just slap all this in a bag with some Chinese instructions for a lawnmower and bonus points all round…

I’ve ordered a couple of connectors, so lets see where that goes. 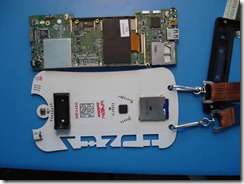 Some tips on putting it back together 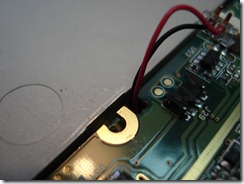 Microphone routes through this notch

Put the plastic surround on like this, this side in first then level down, don’t forget the power switch first! Check the routing of the battery wires. 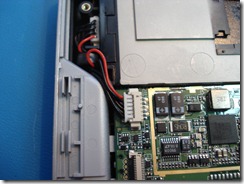 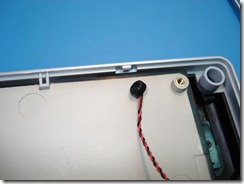 Careful not to lose the little rubber surround on the microphone.

These tabs lock on the front side, two of them.

Plastic LED diffusers, three in  total. Add them before you screw on the metal plate. The one that has the most area visible does drop out though, so watch for that.

Layout the buttons/webcam, they have small plastic mounting pegs. 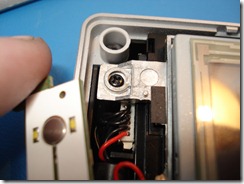 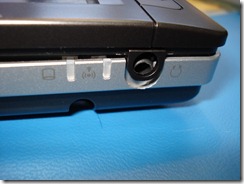 Charge the battery before doing all this, then when you come to switch it on and nothing happens, you won’t be thinking ‘fiddlesticks’.