Well at the least we’ve got PCBs to hand out

though why do you think i choose a coffee mug sized board, worst case is always coasters. 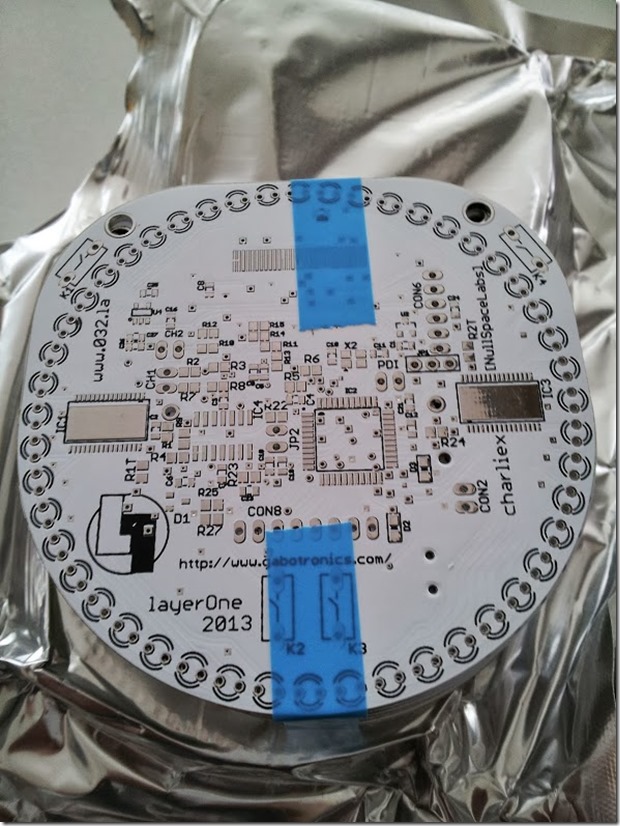 Funny that I made the tracks stylistic, but we can’t see them. Which is also awesome for debugging. 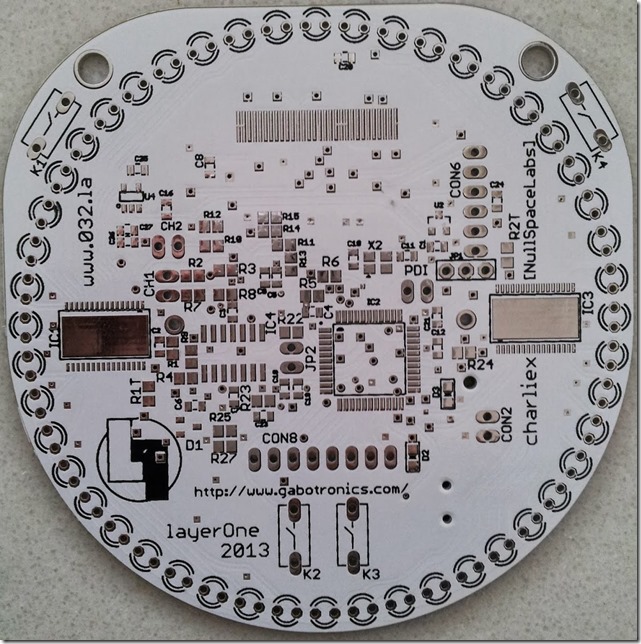 Now to find out if they actually work! If they don’t well there’s always this option

We’re at layerOne again, http://www.layerone.org  and it always seems to creep up on me. Even though I tried to follow Dark Tangent’s lead for Joe Grand and ‘Badges by Christmas’,  if Christmas is two days before layerOne then I’ve succeeded. I’m starting the 2014 badge after I finish this blog entry, well probably.

We definitely had a tough year for free time this year, got married, bought a house, fixed it up and launched a bunch of stuff at work.  I was having a creative block on what to do, we first though lets do a mash up of  the TV-B-Gone(null) and then the Dangerous Prototypes IR toy,they’re both neat things but I just felt we needed a bit more so about a week and a half ago I scrapped everything and started over, which when you have no time left, busy at work and funds are looking low is a really good idea.

I’ve thought about crowdsourcing the idea, but that doesn’t always work, in fact it rarely does. The ideas are either too crazy, impossible, cost about as much as yahoo overpaid for tumblr or only interesting to one or two people. Maybe 2014 we’ll try again.

So little time in fact, the PCB’s don’t arrive til Wednesday, our supplier had a snafu or something and they were delayed a tad. So here is a quick render with eagle3d. If you’ve bumped into me recently, you’ll notice I’ve been pre-occupied, this is definitely the closest we’ve cut it in time.

The USB is a mini not the giant one hanging off there, and the OLED is missing.

The LED drivers are the super nice TLC5947DAP and I’m not using charlieplexing this time, so they’ll look great ( I hope !), we used this chip on the blinky ball and the Tron disc the CPU is an ATXMEGA32A4U-AU

Some of the challenges for electronics badges is making something everyone can build, have interest in and be interesting and be hack-able.,. Preferably  that they can also use past conference. we do tend to rework or use other proven designs because then we can see what the interest level is, last year we did the RC cars and people liked it but it wasn’t really well taken in and that was lot of work to get it right and find the right parts.

I started off with a chip and wanted to try the ATXMega it was the one i was going to use for the IR toy since it has USB. I came across the xprotolab http://www.gabotronics.com/development-boards/xmega-xprotolab.htm and though that’d be a great badge since it has so much stuff on it and people can use it as a tool as well.  For the people that wanted one of the usual blinky LED toys, I slapped on a smaller version of the ‘Tron’ disc we made. This way we’ve go ta badge that is simple to build and looks purty, then a second circuit that is more complex to build , has an OLED and lots of features.  I pinged gabotronics about us using their design and they were super nice about it too. He’s also running a kick-starter for a portable version of the xprotolab too.

I picked up 8,000 LEDs since typically we only use SMD  and NullSpaceLabs has like 1 million + LED’s in the back room, but not so much in the 3mm variety.  Found a local place in Los Angeles area that had them, they arrived overnight, the OLED’s I found in china. Rest of the parts given the short time frame I picked up at Digikey. Some of the parts can be had cheaper elsewhere, but when you add shipping it ends up being more.

The badge has got all sorts of potential to hack though, the LED’s can be included in the xprotolab as well as be independent,  with the OLED and the extra expansion, as well as the ADC’s it’ll make some fun toys.

I really didn’t have time to prove out a booster for the 3V to 5V even though gabotronics sent me a suitable schematic for the portable version, so that’d be a neat hack too.

Add a Mic or other sensors with a beat detector or simple audio level device. Add on an IR LED and it can be a IR Toy/ TV-B-Gone too. Video game too!

I extended a few of the pads on components that people typically have issues with, or lift pads , particularly the CPU. We have an on-going battle at NSL on lead vs leadless chips, personally I think leadless chips(QFNs) are easier to solder and don’t get damaged as easy, others don’t. This year i opted for the large TQFP44 package with legs. One year I’ll do BGA just for the heck of it.

The PCB’s are posted on the Null Space SVN server the http://wiki.032.la has links to it.

We will of course bring our pro as —- hardware hacking lab, probably a  dozen or more metcals, microscopes, hot plates, scopes, etc. I’ve yet to see another lab as well equipped as ours. 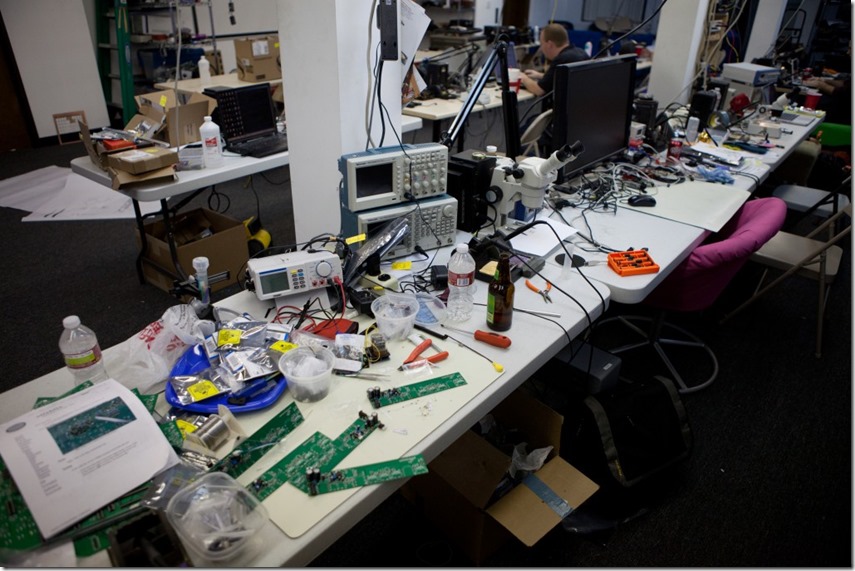 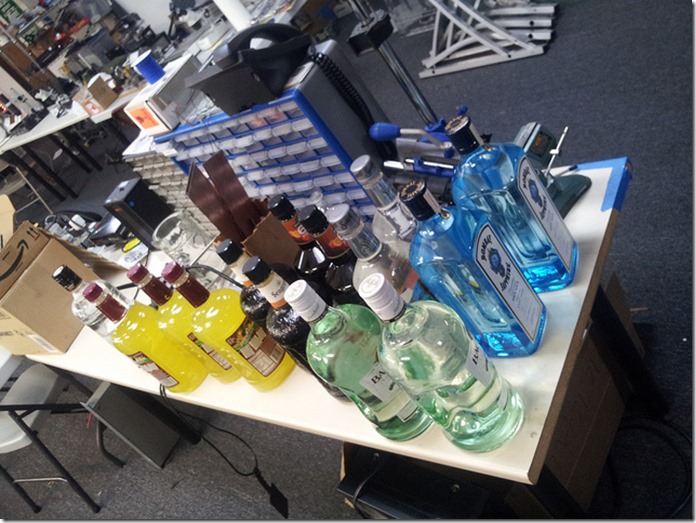 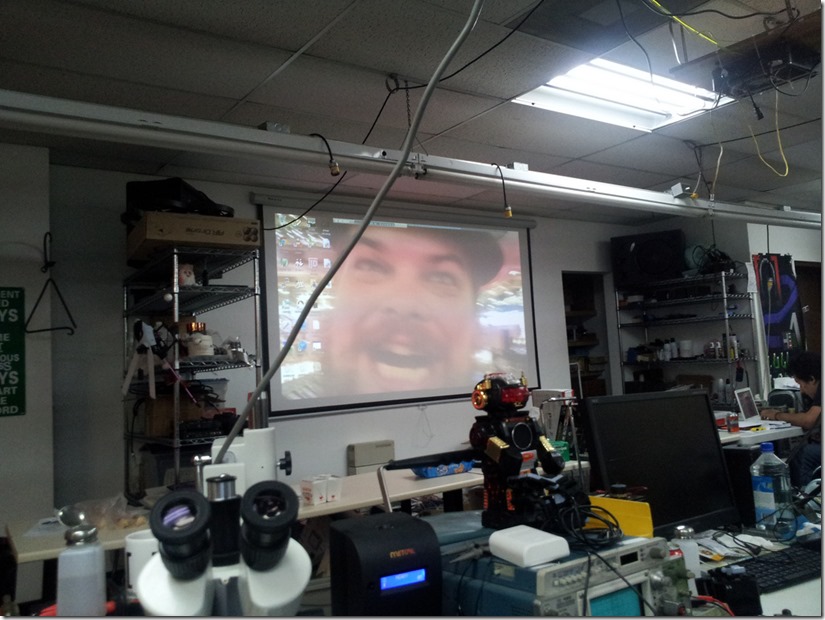 The OLED’s I picked up from here 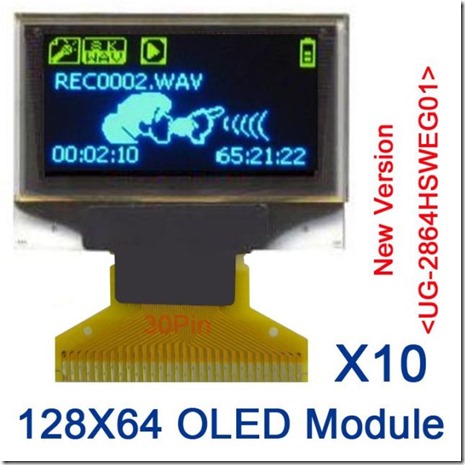 as well as here, I split the orders since they looked like diff models.

The OLED Datasheet  is here

The 3mm LEDs I picked up from ( various colours )

Useful since its reasonably cheap and ships from CA, they came within a day.

The batteries are C123A’s and i got them from https://www.batteryspace.com along with the holders. They are the cheapest i can find, and we’ve used them before. its a hassle to ship lithium batteries in CA. You’ll see a lot of batteries (especially watch batteries) that are listed a ‘California’ only, they’re crappy, so avoid if possible.

I guess I’ll find out Wednesday night/Thursday if my board layout works! If it doesn’t guess what the hardware hacking competition will be

We do have prizes for the Hardware Hacking competition, I have a pandaboard ex, beaglebone black and a pcduino to give away, and maybe some other stuff, we’ll see what goes down.

Now to start actually designing a badge for 2014. Will the proxmarklcd re-appear? 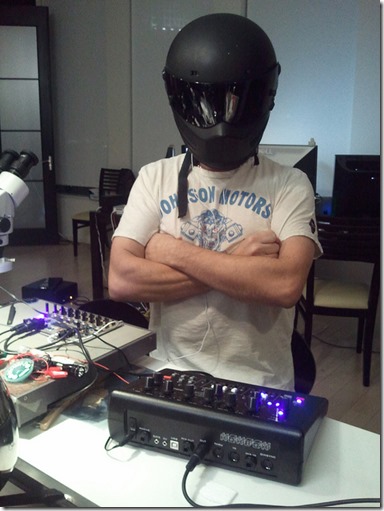 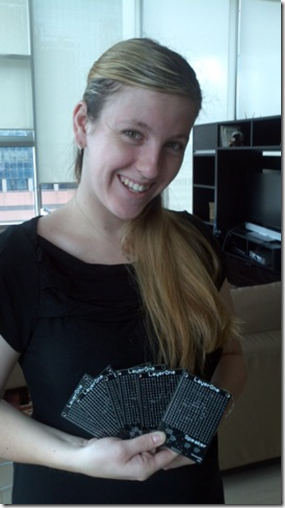 Here’s some of other Null Space links :-